A popular and trendy holographic design among packaging designers and brand name manufacturers is an optical lens with a spatial depth effect. The New Classics line from Kurz is a reinterpretation of this theme. By combining lens effects with continuous designs, it has been possible to exploit the advantages of both: they have the eye-catching effect of a holographic lens, as well as the versatility to decorate large areas.
The Reptile design has a snake skin pattern superimposed on the lens design. This creates an attractive fusion of nature and technology, a simultaneous effect of both surface and space.
The Morning Dew design shows glittering dew drops that radiate freshness and clarity. The light is refracted in the individual drops to create a color play of moderate intensity. The 3-dimensional effect of the drops is stunning. It creates the illusion of real water droplets pearling on a surface.
The lens motif in the Space design is free of defined shapes and contours. The individual lenses blend into one another, light and color reflections emerge in flowing movements and seem to peter out with depth.

With the White Infinities and White Images design lines, Kurz has intentionally modified the rainbow color play that is so characteristic of conventional holographic stamping foils. The White series features a refined matt look and holographic effects in discreet colors. The focus is on depth and movement effects in elegant white and gray tones. This special color scheme offers new possibilities for adding a refined touch to products.
The continuous designs in the White Infinities series simulate textured surfaces and exhibit a kind of tactile appearance. The refractions in the Velvet design create a gentle and calm movement pattern and the appearance of a velvety soft surface. The viewer experiences an involuntary impulse to touch the surface. The Frost design offers subtle light reflections in cool tones and a wide variety of shadings. The ice texture of the surface appears real. Its coldness and freshness is almost palpable. Thanks to their tactile appearance and simulation of sensory stimuli, these designs are ideally suited for conveying brand attributes and adding allure to packaging.

The White Images line contains memorable single image designs with a high recognition effect. The series was developed to give brands a distinctive image and to reinforce the brand identity. These designs offer striking refractive effects and lively movement patterns with a reduced color play. The discreet color effect leaves more scope for the eye-catching shapes. The White Circles design shows concentric circles merging fluidly into one another, White Swirl a kaleidoscope-like shimmering light play, White Mill sharply delimited shapes with a contrast-rich interplay of light and shadows.
At the Kurz booth D60 in Hall 3 one can see these new diffractive designs for oneself.
Kurz will also be represented in hall 3, booth E74, at the Drupa Innovation Park in hall 7.0, booth E10, at the Touchpoint Packaging in hall 12, booth B53 and at PrintCity in hall 12, booth C51. 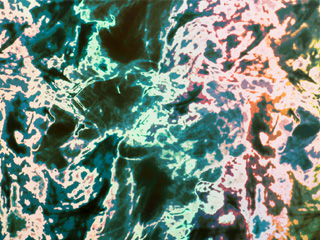